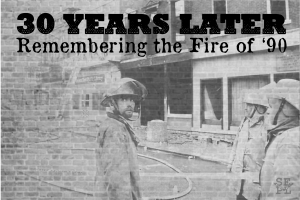 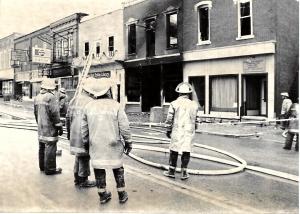 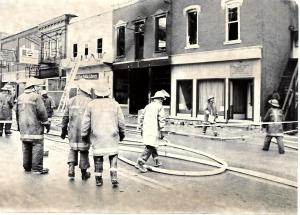 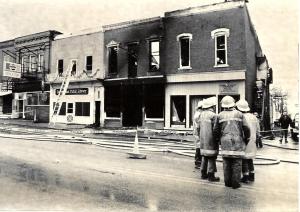 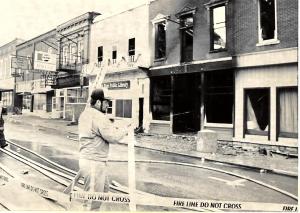 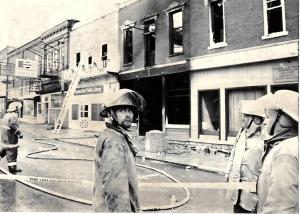 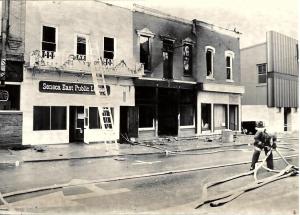 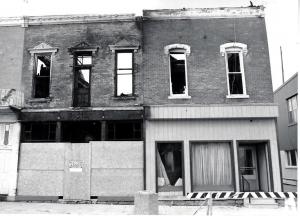 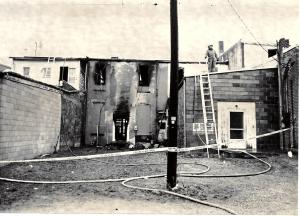 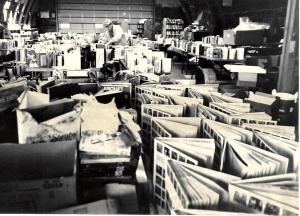 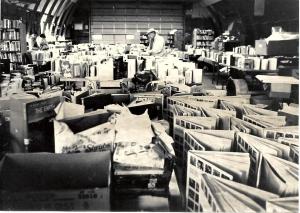 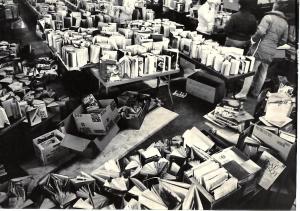 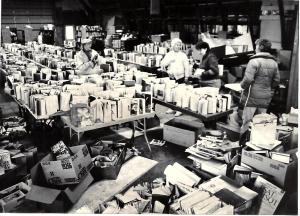 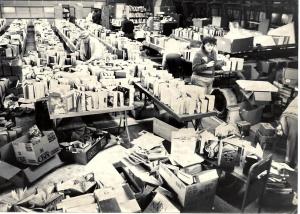 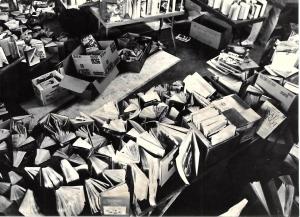 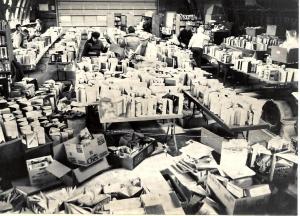 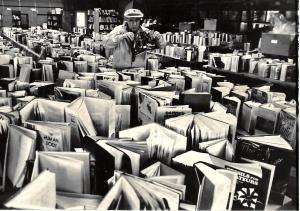 In December of 1990, an early morning fire ravaged downtown Attica, destroying one building and causing extensive damage to two others, including the Seneca East Public Library. Multiple area fire departments responded to the call. The fire, which was suspected to be arson, clouded the block with thick black smoke. 40-50 fire fighters battled the blaze which took three hours to bring under control.

The library received extensive water and smoke damage. An existing firewall between the lower two storefronts prevented the library from being a complete loss, however, the library lost its roof and three feet of water stood on the second floor dripping onto the first-floor collection. Fire fighters removed file cabinets, card catalogs and computers and blanketed the exposed stacks with tarps, an action that is likely responsible for saving the majority of the collection.

Damp but not soaked, the entire library collection was moved to a Quonset hut at the edge to town with the help of hundreds of volunteers. At the advice of disaster recovery consultants, the salvage process began by converting the entire building into a drying chamber. The building was sealed and a 7-foot-by-7-foot dehumidifier was installed along with flexible piping to remove moisture. Cold December temperatures arrested the growth of mold; the temperature of the building was kept below 50 degrees. Three 5-foot industrial fans and an additional twenty smaller fans abetted air flow. Everyday each book was fanned, flipped and tested for moisture content. Once dry, they were sent out to be cleaned and deodorized. Material salvage costs totaled nearly $70,000.

Tremendous support was received from the library community from local librarians showing up the day-of the fire to consultants from the State Library of Ohio giving invaluable guidance. Member libraries of the regional library system, NORWELD, proffered volunteers, supplies and box loads of book stands needed for drying books. One library sent their old shelving from a recent remodel. Ashtabula library, who had suffered their own fire earlier that year, requested and dedicated Billy Joel’s “We Didn’t Start the Fire” from a local radio station.

RISE FROM THE ASHES.

Three years later, a brand new, larger library was dedicated on the original site with the addition of two lots, one purchased and one donated. 1600 square feet had become 7440. The new building boasted the capacity to house approximately 28,000 books, a dedicated children’s area and a community meeting room.

In the thirty years since the fire, the library has expanded its services, staff and building. A thriving community centerpiece now stands proudly where the charred remains of the original building once lay – the disaster a mere memory.